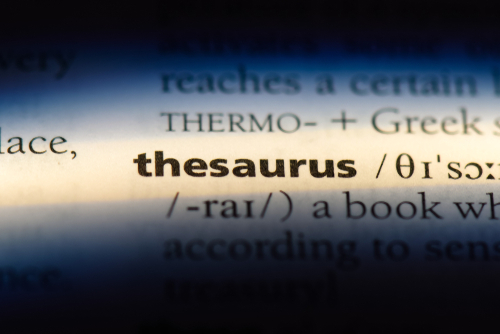 The Victorian poet Robert Browning loved finding obscure, archaic words to use in his poems. The trouble was, he didn’t always take the trouble to find out what they meant. For instance, at the culmination of his poem Childe Roland to the Dark Tower Came, describing the eponymous hero arriving at the eponymous tower, he declares “Dauntless the slug-horn to my lips I set, and blew.”

It sounds reasonable. Browning had come across an obscure reference to “sounding the slughorn” and assumed it was something you blew. In fact, it’s a Gaelic word for a war-cry — pronounced, as it’s spelt in its more common English sense, as “slogan”.

This wasn’t Browning’s most embarrassing slip-up. On another occasion, he mistook a reference to a rather intimate part of a nun’s anatomy as meaning part of her habit — and used it in that sense.

It’s very tempting to go hunting for obscure words. The English language is estimated to currently have 228,132 words, of which 47,156 are classed as obsolete. Some of them are splendid words: my favourites include pightle (a small parcel of land, and pronounced to rhyme with title) and slubberdegullion(a dirty, slobbering fellow). I’d certainly support bringing back the latter as an effective insult.

There are strong arguments for using Plain English, and I wholeheartedly agree with them, especially in business writing. But this doesn’t mean you can’t use a more unusual word when it’s precisely what you mean. Plain English means not using obscure vocabulary purely for the sake of looking clever — or, worse, deliberately obscuring your true meaning.

Corporate-speak can be terrible at using obscure language in the worst possible way. Certain people like to mask their inadequacies by spouting nonsense like “The aforementioned provision is deemed to represent the most advantageous opportunity for optimising the desirable outcome,” when what they actually mean is “This will work best.”

Nevertheless, not everything can be expressed in monosyllables that a five-year-old would understand. Whether you’re trying to explain an abstruse scientific concept or use heightened language to evoke beauty or emotion, there are occasions to reach for those words that are only wheeled out from their corner of the dictionary on special occasions.

But these work, when they do, because they stand out from a bedrock of Plain English. You’re in no doubt that this word is the crux of the matter — that it’s the only word that will say what’s needed.

It’s got to be used correctly, though. The thesaurus can be both a blessing and a curse. It allows you to scour the options for exactly the right word; but it also allows you to scour the options for something that simply seems different.When people misuse words they clearly don’t understand, I’m very tempted to locate (= put) what they write hill (= down) or coverlet (= throw) it absent (=away).

The English language is a miraculous resource. By all means use it to its full potential — but make sure you know what the words really mean before you use them. And then only use any word because it has the exact meaning you need.Otherwise, you may end up like Browning, trying to blow an uncooperative slughorn.

One thought on “Slughorns and Slubberdegullions”