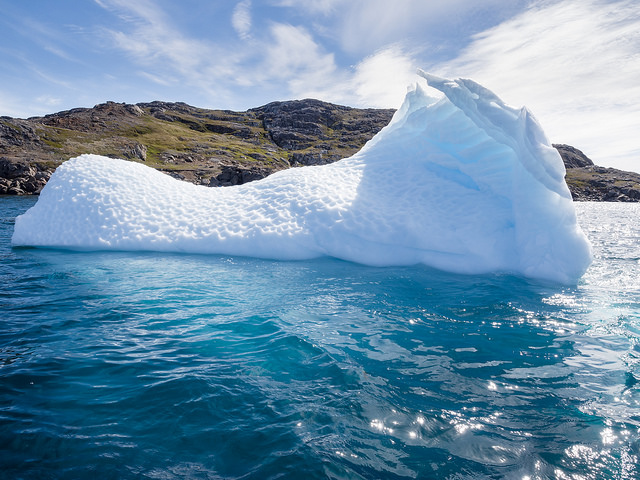 The seas of business have become hazardous lately — for reasons you know well, unless you’ve been living on the moon. High waves, submerged reefs, maybe even icebergs. Is your business equipped to survive it?

I crossed the Atlantic on an ocean liner before I was a year old, and midway there was apparently an iceberg alert. Fortunately, it was no more than an alert, and the ship sailed on serenely to dock at Southampton, resulting in me being here to write this piece. But a far better-known ocean liner wasn’t so lucky.

The Danger of Icebergs

On the 14th April 1912, RMS Titanic hit an iceberg in the mid-Atlantic and subsequently sank, drowning approximately 1,500 people. The vessel has been widely touted as “unsinkable”, and a lot of focus had been put on the hubris of this claim and the fact that it was woefully short of lifeboats.

ore immediately to the point, though, is that Titanic was too large and unwieldy to turn away from the iceberg in time, once it had been sighted. A smaller vessel may well have survived the encounter; but Titanic simply wasn’t manoeuvrable enough.

The same is true, to a certain extent, of the business world. In the past year or two, we’ve seen several giants foundering, from Carillion to Toys”R”Us, and many more facing imminent danger. Sometimes, this has been due to plain and simple mismanagement A major factor, though, is often that these huge corporations have been slow to adjust to new conditions, such as the boom in ecommerce.

There are risks for SMEs, too, especially when they’re too dependent on one large customer. However, the owner of a small or micro business who has been careful about spreading the risk over a broad client-base is in a much better position to read and respond quickly to changes. Partly, let’s face it, because we don’t usually have the complacent assumption that we’re unsinkable.

Marketing for the New World

Whatever happens this year — deal, no deal or no Brexit — the business environment is going to be challenging. On the other hand, of course, a challenge can be just another word for an opportunity.

Forming strategies for all possible outcomes is certainly useful, but nothing can beat putting yourself in a strong position by effective marketing. The trick is to make your marketing both focused and flexible at the same time — not easy to pull off, but worth gold if you can. If you need to talk over the written part of your marketing strategy, I’d be delighted to have a chat with you.

The icebergs are going to come — but you can make sure you’re in good shape to dodge them.