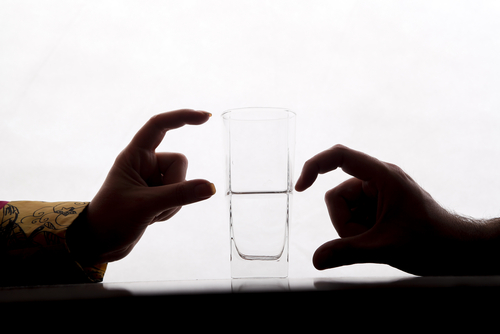 Is it best to be an optimist or a pessimist, either in your personal life or in your business?

Well, that depends. Optimism and pessimism aren’t as easy to define as you might think. The classic definition is the “glass half full” and “glass half empty”. That does well enough, until you wonder what’s in the glass. A fine wine, or a noxious medicine you have to force down for your own good? If it’s the latter, you could say that it’s optimistic to think of the glass as half empty.

A more cynical definition makes them even more indistinguishable. An optimist, it says, believes that we live in the best possible world. A pessimist believes exactly the same.

Of course, most people would say it’s best of all to be a realist. The problem with that is that, in order to be a realist, you have to know what reality actually is — and that’s not such a simple thing, either. Whose reality are you talking about?

In fact, most optimists and pessimists would each argue that their position is realism. The optimist would say that the mindset determines the outcome, and that planning for failure will inevitably lead to failure. The pessimist would counter that to forge ahead without a “backstop” (a trendy word at the moment) is setting yourself up for disaster.

My view is that neither position is entirely wrong. Any business coach will advise you to be positive about setting goals, but that doesn’t necessarily mean you’re going to achieve them all in full. That’s not necessarily a disaster — but it could be.

Suppose you’ve set yourself the goal of earning £100,000 this year (or £1m, or £10m, whatever is realistic for your business) and you actually make £95,000. That shouldn’t be more than a minor disappointment. You almost reached it, and you’ll make your goal next year.

Unless you’ve staked everything (including your home, perhaps) on having £100,000, and not a penny less. There may be ways out, of course, but the charge of over-optimism would be a reasonable one.

So should we, as the old saying goes, hope for the best but expect the worst? No, I wouldn’t put it like that. Hope, as opposed to setting well-planned goals, is really nothing but smoke and mirrors, while it’s true that planning for the worst is likely to mean achieving the worst.

I’d put it a little differently: plan for the best, but know what you’re going to do if the worst happens.

Then put that knowledge away. Don’t think about it, don’t let it prey on your mind. It’s not going to happen, you’re going to be successful — but you won’t need to panic if it turns out you need that backstop.

Or, to put it another way, that glass of wine is half full, but you need to know where the bottle is to top it up.