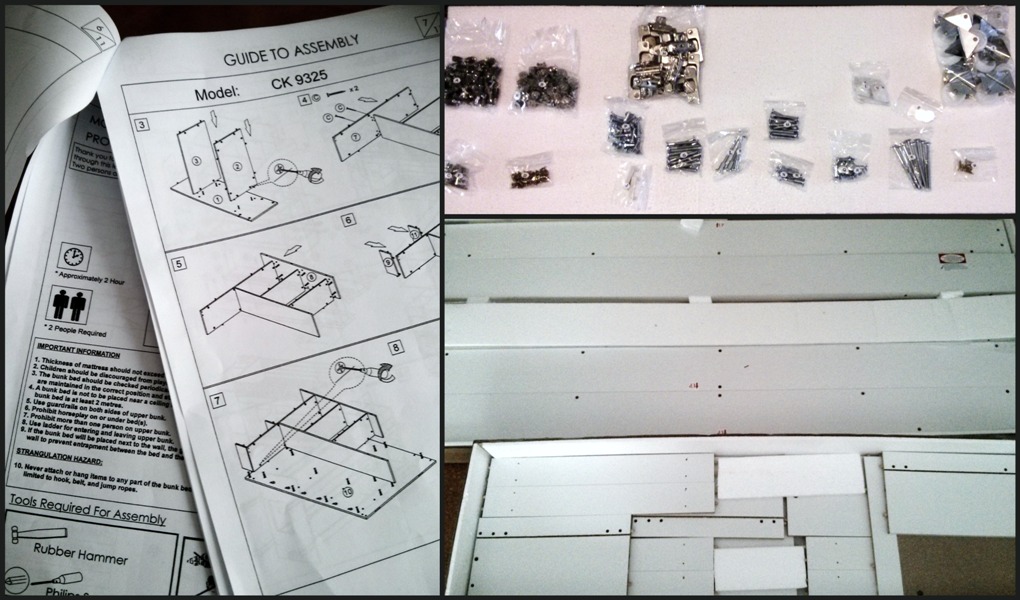 A picture paints a thousand words, they say. Well, maybe. If the picture happens to be by Leonardo or Rembrandt, that’s doubtless true. Sometimes, a picture doesn’t paint a single word.

In an effort to upgrade my filing system from the “lots of piles of paper everywhere” model, I today bought a number of cardboard storage drawers. Nothing elaborate, but they should help. They came as flat-packs, but that’s no problem. So did the computer desk I’m writing this on, and I got that assembled with only a few mild swear-words. How hard can a few pieces of cardboard be?

That depends on the instructions.

Flat-pack assembly instructions aren’t usually big on words (presumably so they can be multi-purposed for different countries) but they usually bear some relation to what you’re trying to assemble. Even if not a very close one.

Not this one. It consisted of a series of rather vague, faint line drawings which, even when you worked out what they were supposed to represent, didn’t actually tell you what you were supposed to do with the pieces. A few brief written instructions would have made all the difference.

And that’s the point. A picture can show you and make you feel, but it struggles with giving you actual information. You need words for that. Not that information is all words can do, if they’re well written. Words can set readers on fire, make them want what you’re telling them about — and, if they’re written expertly enough, you don’t even need a thousand of them to do the job as well as a picture.

The lesson, I suppose, is to use all the media available to you. Images are vital, as is video — and even music, if you can work it in, preferably in a way that isn’t annoying. But don’t forget the words, especially if you want to convey information.

At my estimate, about three hundred well-chosen words will paint a picture.